The liver, the second-largest organ of your body – and the largest internal organ, because the largest organ is the skin – helps in digestion and in removing impurities from the body. It filters out all of the unwanted and unneeded compounds from the food and drinks that you consume. Our liver also produces bile, which helps your body metabolize fat. The bile is stored in the gallbladder until it is needed for digestion in the small intestines. The branch of medicine specializing in the ... END_OF_DOCUMENT_TOKEN_TO_BE_REPLACED

When it comes to gastroenterological issues, most people know about irritable bowel syndrome, ulcerative colitis, and Crohn’s disease. However, not many people know about diverticulitis. Diverticulitis is the infection or inflammation of pouches that can develop in your intestines. The pouches are called diverticula – if you have them, the condition is called diverticulosis. Diverticula can develop anywhere along the GI tract but are most common in the lower parts. They are vulnerable to ... END_OF_DOCUMENT_TOKEN_TO_BE_REPLACED 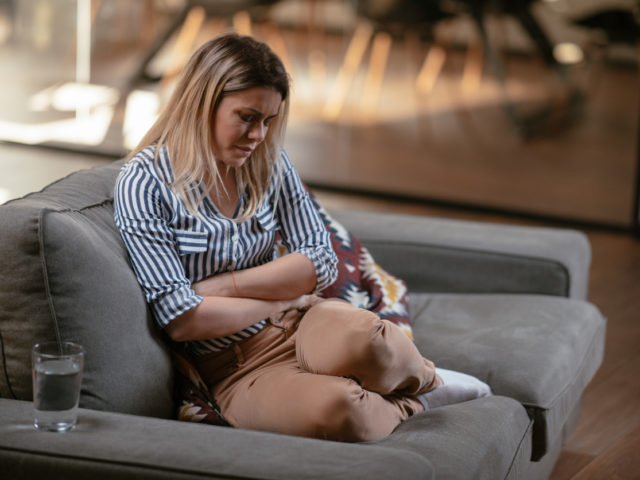 Constipation is one of the most common gastrointestinal complaints people see their doctors for in the United States. Unhealthy diets, not drinking enough fluids, and not getting enough exercise can cause or worsen constipation. The most common symptom of constipation is being unable to pass stool with ease. The stool may be hard to pass or you may be unable to go to the bathroom completely. Constipation can also cause a host of other symptoms such as pain in the abdomen and bloating. Most ... END_OF_DOCUMENT_TOKEN_TO_BE_REPLACED 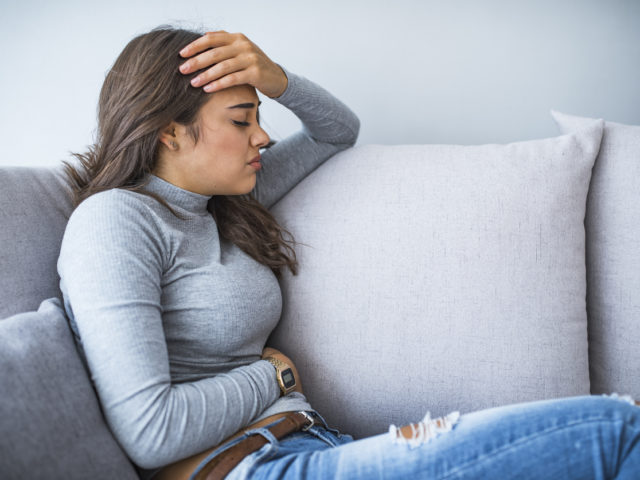 Acid reflux is a common condition that can affect people at varying degrees. It occurs when acid in the stomach flows back up through the esophagus (the tube that transfers food from your throat to your stomach). At the bottom of the esophagus, a ring of muscles known as the lower esophageal sphincter (LES) opens to allow food into the stomach. Normally, the LES closes tightly after food has entered the stomach; but with acid reflux, the ring does not close tightly enough. The LES may also ... END_OF_DOCUMENT_TOKEN_TO_BE_REPLACED 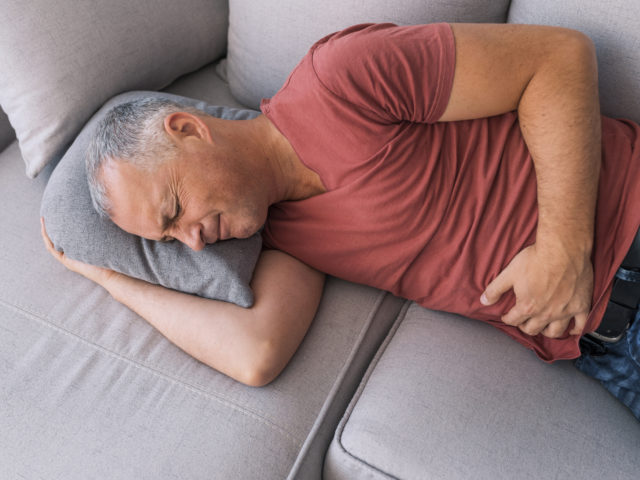 You’d be hard-pressed to find someone who has not experienced a gastrointestinal issue at some point in their life. While GI problems are extremely common, they are not normal. If you are experiencing digestive issues, seek the help of a qualified gastroenterologist who can examine you and order the appropriate tests to make sure that your GI symptoms are not due to life-threatening conditions. Here are the most common GI problems and how to treat them. Constipation If you are ... END_OF_DOCUMENT_TOKEN_TO_BE_REPLACED 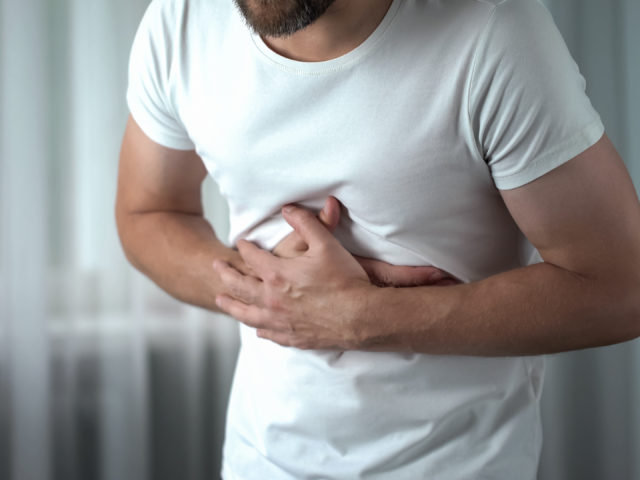 The pancreas is a multipurpose organ and several processes of the body depend on its health and proper functioning. It produces insulin, which helps to control blood sugar levels in the body, as well as enzymes and hormones that help break down food as part of the digestive process. The pancreas is also a difficult organ to evaluate for disease or disorder due to its location in the body. It is difficult to reach for purposes of a biopsy, and blood tests can have misleading results. The best ... END_OF_DOCUMENT_TOKEN_TO_BE_REPLACED

Having gallstones, a condition called cholelithiasis, is common among Americans. It affects about 25 million people in the United States, according to the National Institute of Diabetes and Digestive and Kidney Diseases. The majority of people who have gallstones experience no symptoms. For these people, their “silent gallstones” may be discovered in X-rays or during surgery. For others, however, gallstones bring great pain, typically in the upper right abdomen area or in the back. What Are ... END_OF_DOCUMENT_TOKEN_TO_BE_REPLACED 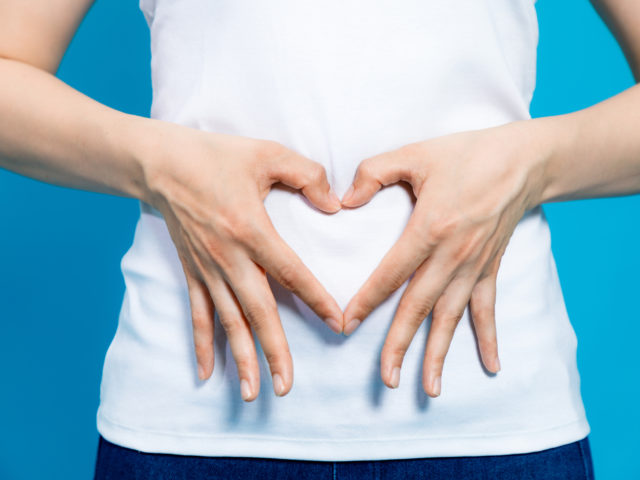 People hear the word bacteria and immediately it conjures up an association with illness or dirty conditions. And that may be true, to a point, but some bacteria are extremely beneficial and some we just could not live without. What germaphobes and those fascinated with all the antibacterial, antimicrobial, and antifungal products in the marketplace don’t realize is that much of the bacteria in and on our bodies is necessary for our health. The term “probiotics” has been bandied about the ... END_OF_DOCUMENT_TOKEN_TO_BE_REPLACED 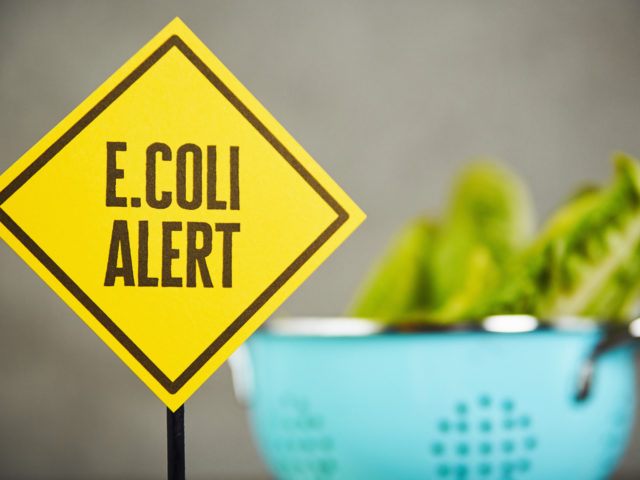 All too often, it seems, the news reports contain stories about a salad or hamburger manufacturer having to recall its lettuce or beef (or other foods) due to an E. coli contamination. So, what exactly is E. coli? Short for Escherichia coli, these bacteria are found in the intestines of healthy people and animals. Most types of E. coli are harmless. However, certain varieties can make you violently ill and may even be fatal. The most common of these bad strains are Shiga toxin-producing E. ... END_OF_DOCUMENT_TOKEN_TO_BE_REPLACED 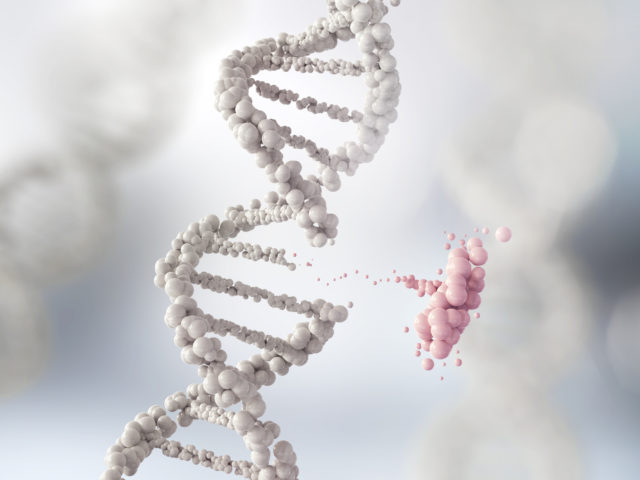 There are a group of inherited syndromes that are known to increase a person’s risk of getting colon cancer or endometrial cancer. Lynch syndrome (also known as hereditary nonpolyposis colorectal cancer or HNPCC) is the most common hereditary factor linked to those diseases in women. Fortunately, there is genetic testing available that can screen for Lynch syndrome. Let’s go into more detail about what Lynch syndrome is and what you can expect from Lynch genetic testing. Lynch Syndrome Lynch ... END_OF_DOCUMENT_TOKEN_TO_BE_REPLACED

At Carlisle Digestive Disease Associates, our board-certified gastroenterologists and staff are committed to providing compassionate care and education to patients suffering from gastrointestinal conditions and diseases affecting the esophagus, stomach, intestines, liver, gallbladder, and pancreas. Carlisle Digestive Disease Associates, is one of central Pennsylvania’s finest gastroenterology, hepatology, and gastrointestinal endoscopy practices. Our facilities include a patient-friendly infusion center, state-of-the-art endoscopy center, and accredited pathology lab, all conveniently located on one campus. CDDA offers comprehensive services to treat conditions of the Upper GI Tract, Lower GI Tract, and Hepatology/Liver. Many treatments and procedures can be performed in the office or our endoscopy center, such as colon cancer screenings.